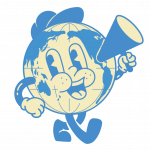 So. Much. CHEERLEADING. There were four Cheerleading Worlds bid events, UCA College Nationals, and more than 50 other events happened across the country last weekend. Competition is heating up, and busy Nationals season is upon us!

See our favorite performances, who had zero deductions, the top-scoring teams, and who took home bids below.

Event producers awarded 444 bids to end-of-season competitions over the weekend. See all of the bid leaderboards and all of the individual bid winners linked below.

Spirit of Hope 2023 brought together more than 40 Worlds-level teams from across the country. We saw standout performances from Cheer Extreme Lady Lux, World Cup Shooting Stars, ATA Atomic, and Maryland Twisters F5. Special shoutout to Inspire Athletics Icons for taking home the highest score of the competition and a full paid bid to the Cheerleading Worlds!

The West Coast is back in full swing! We saw debut performances from The California All Stars SMOED and California Pride Big Bang, both showcasing incredible cheerleading.

It goes without saying that SMOED puts on a performance like no other. And this season, the reigning World Champions look focused and ready to take on the world one more time. That little voiceover they used to say comes to mind… “This is not redemption, this is repetition”.

California Pride Big Bang took on the non-tumbling coed division head-on. Their technique and attention to detail are definitely something to admire. They took home the second-highest score of the Worlds teams and a full paid bid to the Cheerleading Worlds.

Other standout performances included The California All Stars Blue Crew, who are showing UP this season. Their day two performance was one of the best we’ve ever seen from them. And South Coast Cheer Fearless looked strong as ever on day two with a near-perfect routine.

Mardi Gras Grand Nationals 2023 awarded eight bids to The Cheerleading Worlds 2023. Congratulations to the following teams for securing your bid! And shoutout to Louisiana Spirit Savage for having the only zero-deduction Worlds-level performance of the weekend!

Winners Choice Championships 2023 awarded four bids to The Cheerleading Worlds 2023. Congratulations to the following teams for securing your bids!